When discussing our suppliers with our customers, we found that many of them are curious and intrigued by Sri Lanka. Despite a vague awareness of this exotic island-state, many have admitted that they do not know much about Sri Lanka, or even where it is. This made us realize that we should write a blog post about this beautiful tropical country to go over some broad details about its history and culture. We know that many searching for natural latex mattresses come across foam from Sri Lanka and want to know more about the country.

Sri Lanka used to be called Ceylon when it was under colonial European rule. Many are aware of "Ceylon Tea" which comes from Sri Lanka. It is an island, slightly larger in area than West Virginia, and it is very close to the Southeast border of India. It’s so close to India, in fact, that there is an old myth saying that you used to be able to walk all the way to India from Sri Lanka along a narrow land bridge. Sri Lanka’s largest export is Ceylon tea, but it also exports gemstones, cinnamon, and of course, latex!

Sri Lanka was ruled by various dynasties over the last several thousand years. Buddhism arrived in 250 BC and spread rapidly. The introduction of Buddhism affected the country dramatically and the religion is still practiced by the majority of people in Sri Lanka today. The teachings of the Buddha were first put into writing in Sri Lanka after being preserved orally for around 450 years. This was an incredibly important event in Buddhist history.

The Sigiriya Rock Fortress is one of UNESCO’s World Heritage Sites. Elaborate aqueducts and intricate dams were also built on the site. 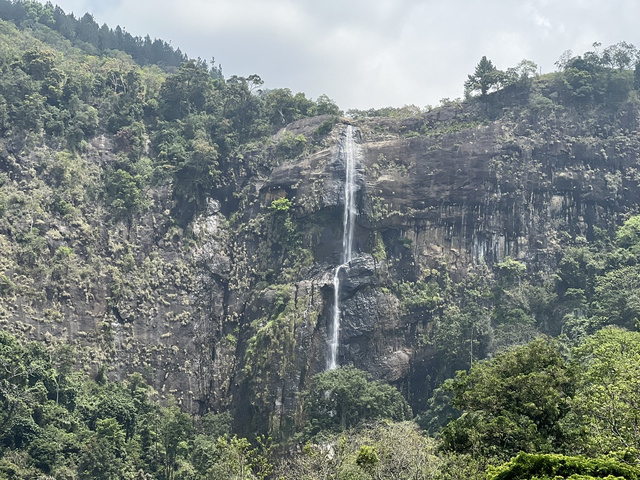 Sri Lanka is also the first country in the world to build a hospital. Sri Lanka was at the height of its medieval power between 1100 and 1200 AD. Sri Lanka also has a long history of colonization by European countries. It was an important link in the Silk Road, making it very appealing to European colonial powers. The Portuguese were the first Europeans to colonize Sri Lanka, from the early 1500’s to the early 1600’s. The Dutch attacked in 1638 and controlled the country by 1660. They maintained control for many years, until the British took over in a series of violent military campaigns between 1796 and 1818. Coffee was one of the main exports when the British occupied the country, until a disease killed the coffee plants. Coffee was replaced with tea, and in the twentieth century, rubber plantations were established as well. Sri Lanka achieved independence from all the British on February 4, 1948, but the industries left there remain very important to Sri Lanka today.

Sri Lanka has endured great hardship recently, most notably in the form of a 26-year long civil war that lasted from 1983 to 2009. It was also affected by the Indian Ocean tsunami in 2004, which killed 35,322 people in Sri Lanka and displaced 516,150. The recovery process for both of these events has taken a long time, and in many ways is still happening. Financial struggles in 2022 have resulted in renewed difficulties for the country. Although the country has faced several hardships it boasts the highest Human Development Index rating of any country in South Asia. It also has the highest biodiversity density in Asia.

We are proud to source from Sri Lanka and consider ourselves lucky to have experienced the beauty of the country. We are optimistic about the future of Sri Lanka and look forward to sourcing from the country for many years to come.

All of our products can be returned for free, no questions asked.